Opinion - In defense of TGOD – Lloyd Ferguson your NIMBY Politics are a local embarrassment – it’s not even in your riding…….

The Green Organic Dutchman known on the Stock Exchange as TGOD is currently the brunt of our Councillor Lloyd Ferguson’s ire. 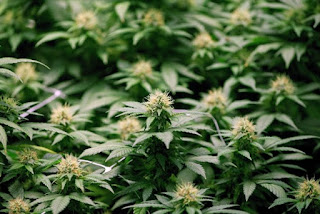 In 2017 - LF made a motion, requesting a moratorium on future marijuana grow operations until further regulatory and land planning guidelines are established by both the federal and provincial governments.  Fine – for the future, but not retroactive on existing law abiding business.
Currently, under the city’s rural official plan, marijuana grow operations are limited to 2,000 square metres, said Ferguson. But the councillor said over the last few months, city planning staff and his office have seen a dramatic increase in companies seeking to set up much larger pot operations in the rural areas.
He went further to state his opposition to Cannabis.
“We have a political decision to make: Do we want to take up prime agriculture to grow marijuana to get the city high?" asked Ferguson. "Is that the right thing to do? In my view, it’s not.”
Turn the clock forward to 2018 – Councillor Ferguson is now actively denouncing existing law abiding local employers too.  The publicly traded and consciously minded company Green Organic Dutchman, has been in operation since 2014, and is an active member of the Ancaster Community, employing local people and making regular donations to the Hamilton Food Share, from their on-site community garden.
So……. let’s look at Lloyds question to the community….
Do we want to take up prime agriculture to grow marijuana to get the city high?
First of all, it’s called Cannabis, Marijuana has not been the label of choice since Reefer Madness was mainstream, (released in 1936……).
Lots of real research has happened since 1936 Lloyd.  You need not fear the pot zombies.  It’s all perfectly safe.
In 2016 The World Health Organization penned a report on “The health and social effects of nonmedical cannabis use “, world-wide it is largely agreed that Cannabis poses no major threat to society and if fact there are even beneficial aspects of this misunderstood Plant.
http://apps.who.int/iris/bitstream/handle/10665/251056/9789241510240-eng.pdf;jsessionid=351A3101D086C6803B17ABEADC77C71B?sequence=1
(FUN FACT - It’s funny that Lloyd trust the opinion of the WHO when advocating for stricter water measure at the Ancaster well, and yet will dismiss the WHO’s world-wide call for an end to prohibition of Cannabis.  It's also a funny fact that the funny business with the Ancaster Well also took place when Pasuta the Chairman of HCA was on sick leave.)
He further insulted TGOD  when Ferguson said companies that want to construct larger greenhouses are using “cheap land” to eventually capitalize on the legalization of recreational marijuana, which the federal government has said will occur Oct. 17.

What Lloyd is really pissed about is that this is in his back yard and that 100 acres of land sit’s amongst his family’s spread on prime developable property….. having an Organic Cannabis producer in your back yard won’t look good for the high-density developments that Lloyd has a penchant for.  This is simply a prime case of NIMBY – this is not even in LF’s Ancaster riding, neither is LF’s home any more……. Boundaries have changed, and Hwy 52 is the deciding line.  TGOD lives in Robert Pasuta’s territory now and Pasuta supports this industry as any rational farmer should.

Rob Pasuta actively engages the Cannabis growers in his riding and has no concerns.

Why would City Hall push for zoning amendments and regulatory changes prior to the legalization pending for Oct 17th.  Let the laws play out – Municipalities enforce the Federal and Provincial Laws, Cannabis will have had its long day in court and the majority of the country support Cannabis for recreational purposes.

Lloyd is a NIMBY, and he now no longer lives in his own riding, he lives in Pasuta's riding.  Ward Boundary changes will affect this sitting Councillor after Oct and he knows that.

So to answer your own question Lloyd.  Yes, many people within this region support the initiatives of companies like the Green Organic Dutchman.  Cannabis is a real Agricultural industry whether you like it or not is irrelevant. 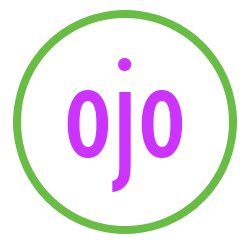 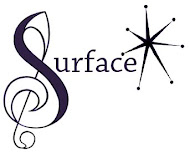